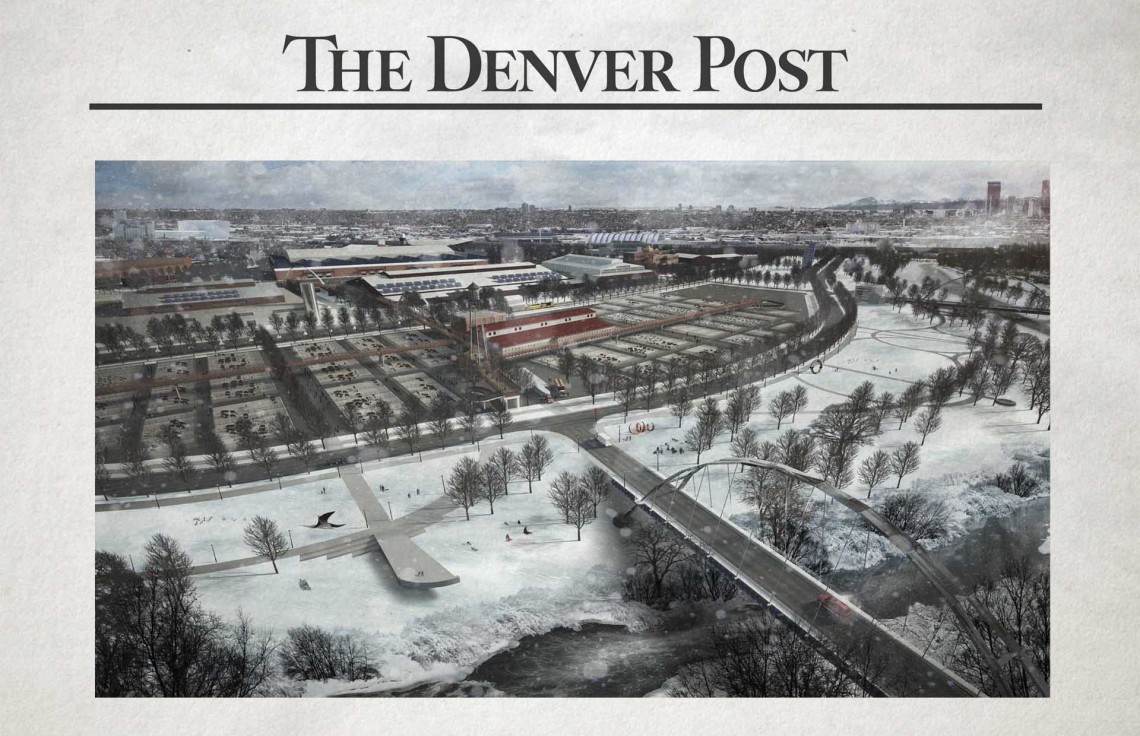 A new city plan for Denver’s National Western Complex reveals details for a massive undertaking that aims to remake, reconnect and rejuvenate the 109-year-old site, with construction unfolding over a decade or longer.

But the city’s new master plan, to be released Thursday morning, doesn’t pin down a cost that previous studies suggest will soar well above $500 million. And it doesn’t say who will pay for the project, although officials have said they likely will ask taxpayers to kick in a portion and likely will seek private donors, too. The city also plans to apply for a state tourism funding program.

City officials and a National Western Stock Show leader declined to speculate on costs in detailing the new master plan draft to The Denver Post. They say they will finish a financing plan in mid-February, a few weeks before the City Council would consider adopting the final version of the National Western Center Master Plan.

Until then, Mayor Michael Hancock and the city’s public and private partners, including Colorado State University, plan to gauge public reception. They describe the vision and scope, which received input from a citizens advisory committee, as bold.

The master plan would expand greatly the mission of the private 95-acre stock show site.

The site sits mostly dormant outside the 16-day Stock Show and Rodeo, which draws about 750,000 people each January.

Hancock hopes to draw 1 million more visitors to a potentially expanded stock show run as well as for new events and educational programs throughout the year, with the goal of creating a much bigger tourist destination.

Besides building a new 10,000-seat arena and other facilities for the annual stock show, as outlined by an earlier feasibility study, city leaders envision elements that include an open-air market called “Colorado Commons,” at the base of a renovated historic 1909 Stadium Arena; small urban farms and gardens; and a major presence for several CSU programs, including agriculture and veterinary medicine in new buildings, along with educational programs that might draw school trips or incubate food-related businesses.

New 20-acre stockyards with removable pens would double most of the year as a “festival park,” to host community events and concerts. A giant exposition center could relieve pressure on the Colorado Convention Center.

Catwalks that call to mind those that once crisscrossed the stockyards would connect nearby residents to a planned north commuter rail line station on the site.

And the project would move a freight line away from the South Platte River, freeing up a mile of riverfront for restoration and recreation, while new streets and bridges would reconnect the site to the Globeville and Elyria-Swansea neighborhoods.

“We have one of the best stock shows in the nation,” Hancock said, but it’s time to fix it up.

“This is really Denver coming into its potential with regard to the strategic location of its land,” he said, adding that while making changes that could improve the fortunes of the long-neglected adjacent neighborhoods.

One factor that will draw out the length of the project is the need to keep construction from interrupting the stock show, set to begin Jan. 10.

“It is enormously complicated,” he added. Completing the project “could take three administrations.”

The master plan sets out eight phases, starting with building new streets, river access and stockyards before starting the major building projects. The new large arena would come in the fifth stage, allowing later for redevelopment of the city-owned 30-acre Denver Coliseum site, south of I-70.

The project has enlisted several partners, including CSU, the Denver Museum of Nature & Science and History Colorado Center.

While money is the largest uncertainty, some potential sources are becoming clear.

Paul Andrews, president and CEO of the National Western Stock Show and Complex, says the nonprofit likely will mount a large philanthropic campaign.

And by mid-February, the city plans to apply for the state Regional Tourism Act program, which has a combined cap of $50 million a year for all funded projects.

The public will be able to visit the 2016 National Western Stock Show grounds for free on Jan. 19.

The stock show and Visit Denver are offering the free day to celebrate, and thank voters for passing ballot measure 2C.

Denver voters, by 30 points, approved borrowing and tourist tax extensions that will provide the largest source of funding for the $1.1 billion National Western Center project.