The San Francisco International Airport (SFO) celebrates a milestone today as it completes the design and construction of a new Airport Traffic Control Tower and prepares to transition the facility over to the Federal Aviation Administration (FAA). The FAA will install air traffic control equipment in the building and conduct training and testing with the goal of rendering it operational in the summer of 2016. When it opens, the new tower will provide air traffic controllers with an improved work environment in a structure that meets the latest seismic building codes.

“With this new Airport Traffic Control Tower, SFO is again leading the way with innovative, sustainable design,” said Airport Director John L. Martin. “This facility will provide both a functional space for our partners at the FAA and an iconic landmark which will be recognizable to travelers around the world. I am grateful for the creativity and hard work that took this project from concept to reality.”

The new tower concept design was created by airport master architecture firm HNTB, with the detailed design work accomplished by Fentress Architects, the design partner with Hensel Phelps on the design-build team. The resulting 221-foot-tall torch-shaped tower and offset control “cab” creates a distinctive form that sets a new design standard while being seismically sound and meeting the FAA’s strict requirements. The tower ascends in a graceful flare, with a ribbon of glass running the vertical length - reflecting sunlight during the day and illuminated by interior lighting at night. The new tower also strikes a harmonious chord with the surrounding architecture. Located between Terminals 1 and 2, the tower and base building complement the iconic features of SFO’s International Terminal.

“The FAA is proud to be working closely with San Francisco International Airport on this project,” said FAA Western-Pacific Regional Administrator Glen Martin. “When we start using the new tower next year, we’ll be operating out of a building that is outwardly striking, infused with green environmental features, and constructed according to the strictest, modern seismic standards.”

With the major construction of the building complete, the FAA now takes over to ready the interior with radar, servers, receivers, transmitters, and other necessary electronic equipment. The new tower is expected to be operational by the middle of 2016.

Construction was extensive and required the utmost in skill and experience. The new air traffic control tower is the tallest vertical self-centering post tension concrete structure in the US. The cab roof is cantilevered, the foundation is massive, and the three-story building at the base contains office space, a public circulation area and a roof garden. 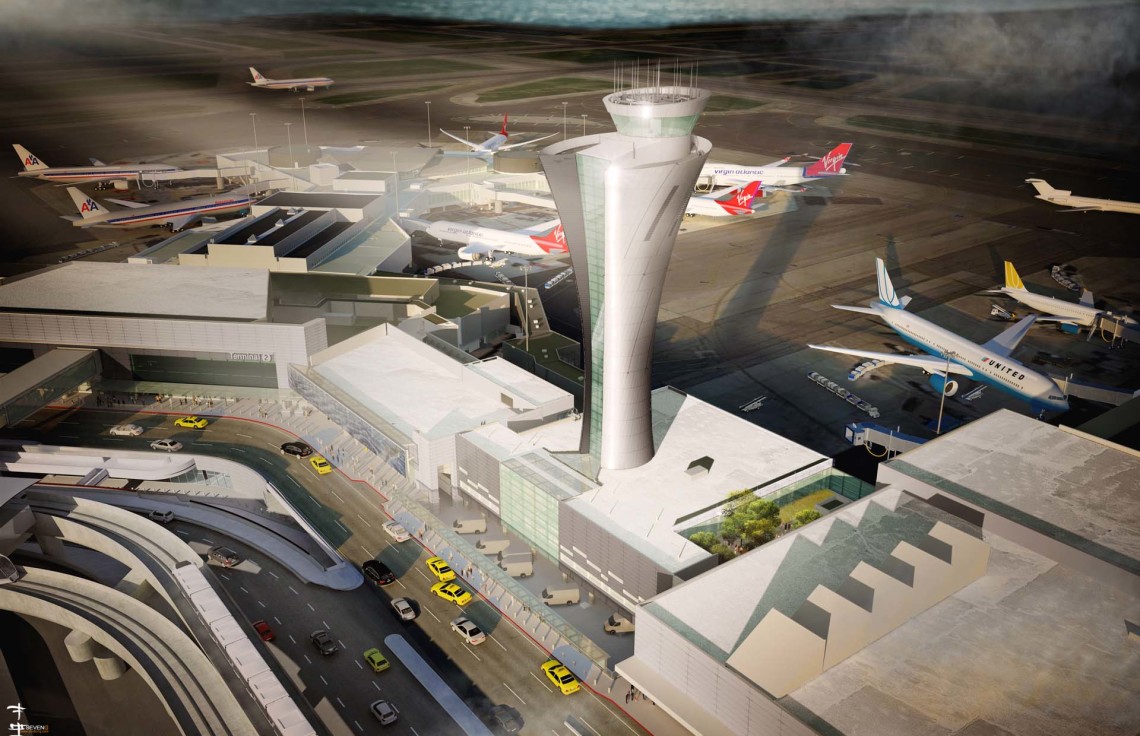 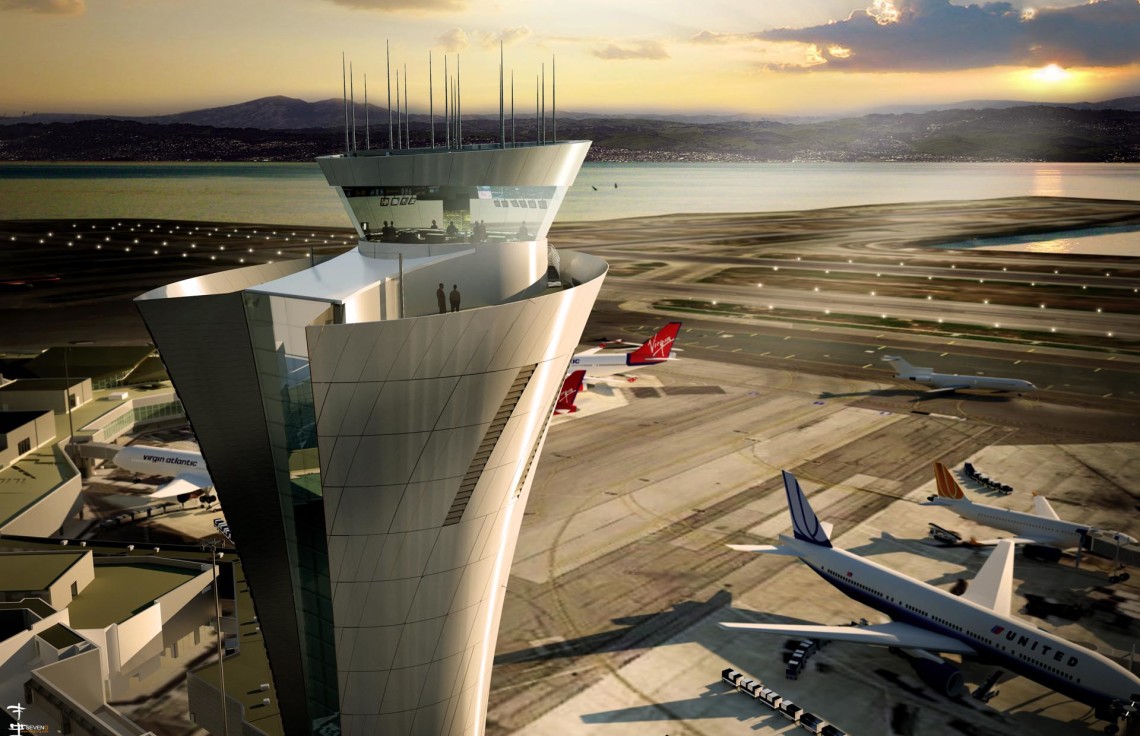 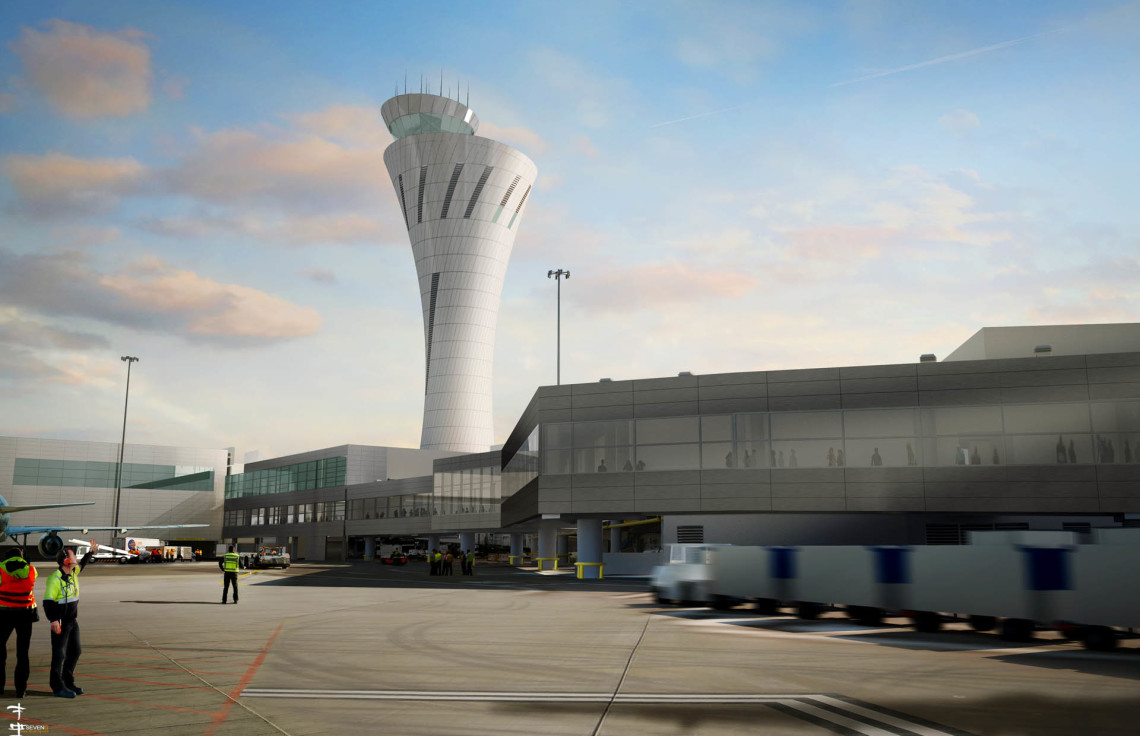